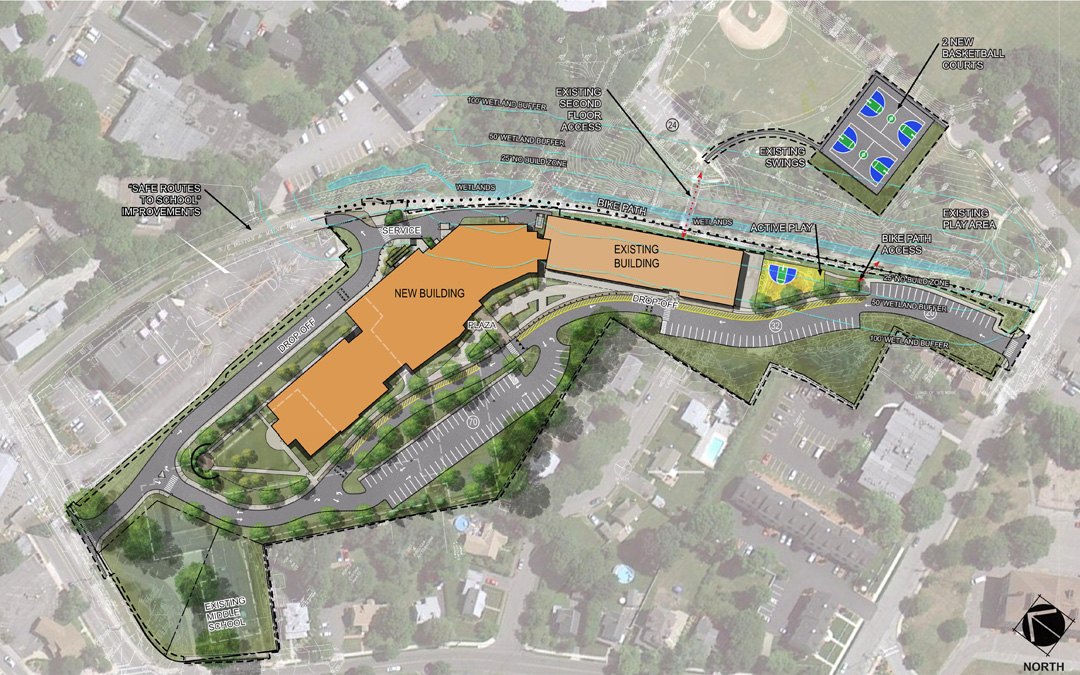 Complex site phasing required partial demolition of the former middle school to construct the new addition.  Safe Routes To School improvements constructed prior to this project were preserved and enhanced with traffic calming design, vehicle barriers between the driveway and plaza as well as bicycle parking with direct connection to the dedicated bicycle path running along the north side of the school.

The Building Committee and School Department began with the apparently contradictory goals of increasing on-site parking, reducing traffic congestion on neighborhood streets – and increasing green spaces around the school. Warner Larson exceeded our expectations in all three areas!