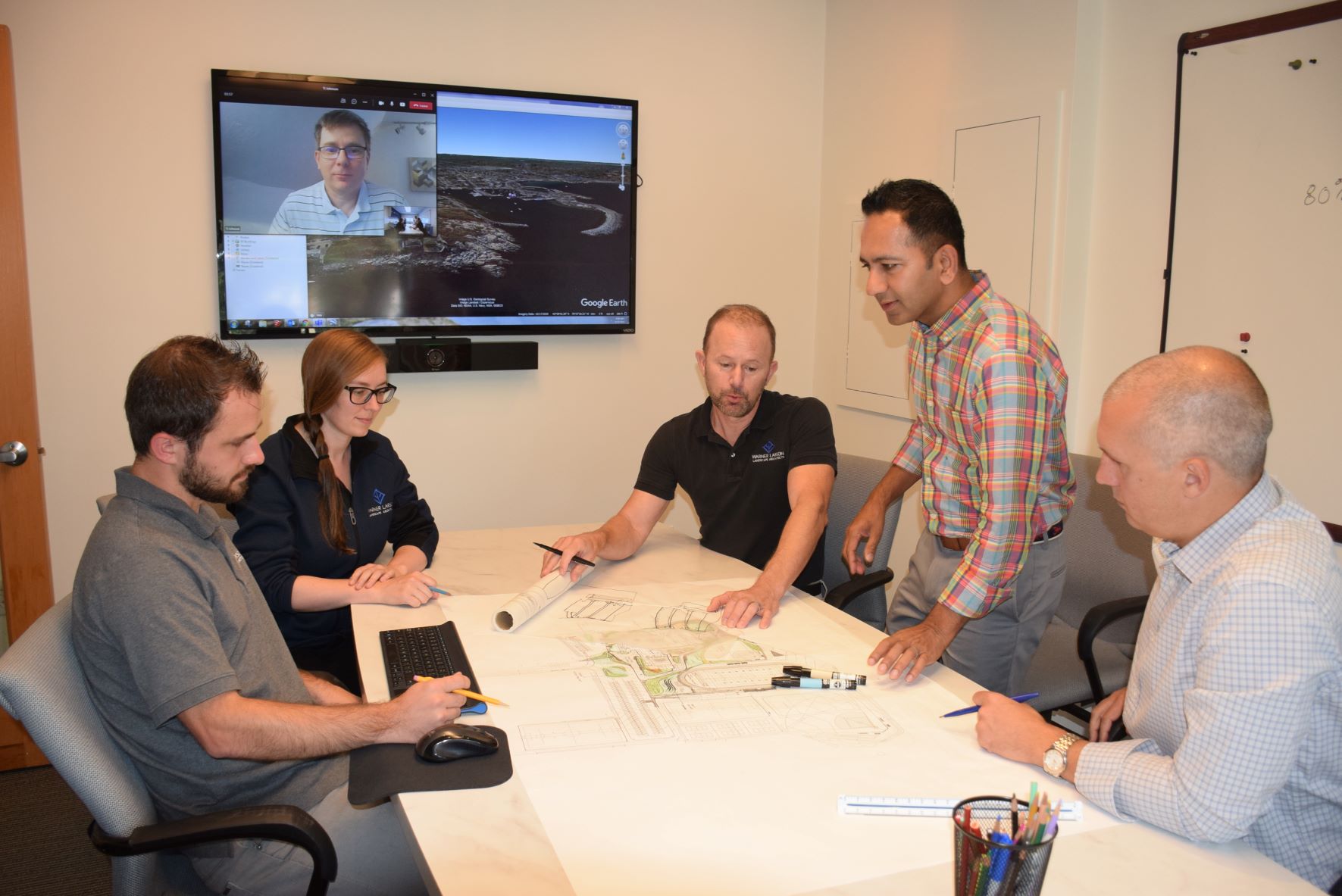 ENVISIONING “LANDSCAPE + PEOPLE” is our motto.

Our strong community focus is at the heart of our core practice in K-12 schools, parks/playgrounds, athletic facilities, multi-family housing and civic spaces. Through our carefully crafted client/project specific designs, we aim to improve the social fabric of the community and build a healthy environment. We are a collegial and collaborative group of professionals working out of a fun space in the heart of South Boston’s rapidly transforming neighborhood and we offer work flexibility (remote office) to balance personal needs. Our work portfolio is diverse and dynamic ranging from small scale projects to large projects. Each one of us at the firm contributes to the design process by bringing their ideas to the table.  We LISTEN and we DELIVER. Exceeding client’s expectation is a strong commitment of ours.

Our award-winning landscape architectural firm offers comprehensive site design, engineering and permitting services for academic institutions, athletic facilities, parks & playgrounds, commercial developments, civic and residential projects throughout Greater Boston and New England. We are a financially stable company that delivers personal level of service on projects of any size by leveraging our strong relationships with architectural and engineering firms.

Our mission is to understand each client’s objectives through open communication about the project program, budget and schedule and deliver functional, innovative and sustainable solutions that exceed expectations. We are committed to sustainable design as an overarching principle that guides all of our work…to create designs that are sustainable economically, environmentally and socially.

Our firm’s expansion with an office in Richmond, Virginia allows us to provide a personal level of service to our core markets in the mid-Atlantic region.
David Warner

In 2003, the firm’s 25th anniversary, David Warner became a shareholder after having been with the company for six years. This marked the beginning of an ownership transition that built upon the firm’s legacy established during its first quarter century. In June of 2006, David became President of the corporation as majority shareholder and took on the organization’s leadership role.

On April 14, 2008, the firm publicly announced a name change to Warner Larson and opened its new headquarters in Boston.

In August 2014, Warner Larson opened a branch office in Richmond, Virginia to serve our core markets in the mid-Atlantic region.

Boston Society of Landscape Architects Award of Merit in 2012

Read About Our Team »