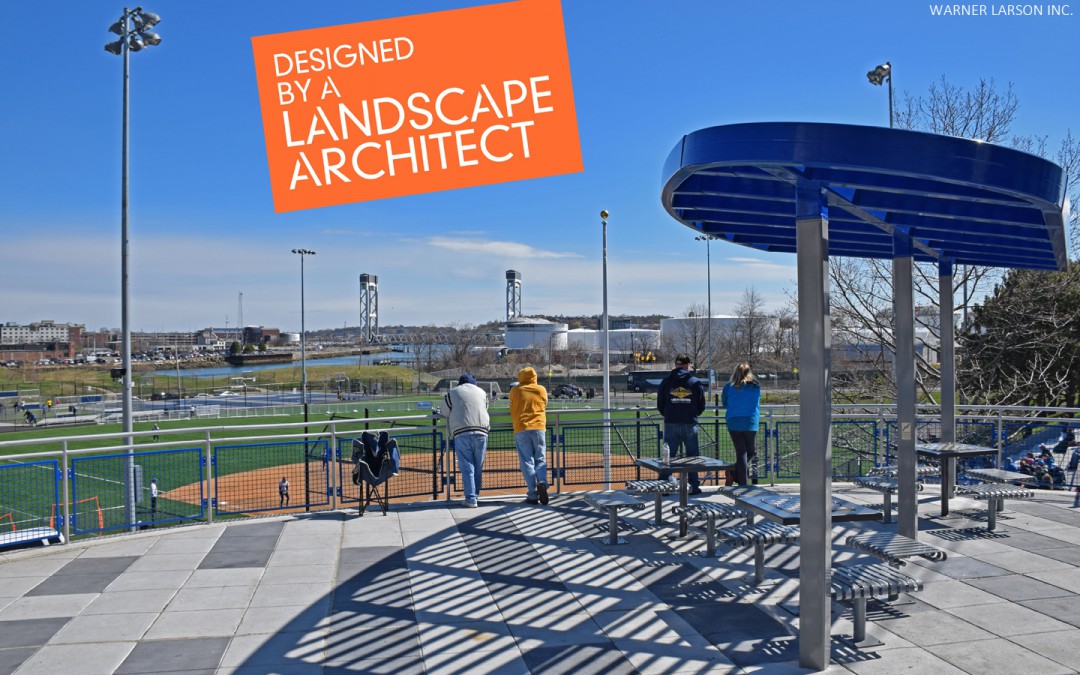 East Boston, MA – American Legion Playground, known locally as City Yards, will officially reopen to the public on June 2, 2015 after a year and a half total renovation. The ceremony will take place during Mayor Walsh’s coffee hour from 9:30 – 10:30 a.m.

The new park designed by Warner Larson Landscape Architects of South Boston includes a synthetic softball and soccer combination field, a turf soccer court, two basketball courts, a playground, picnic area and a dramatic overlook. This overlook, funded by the Commonwealth of Massachusetts P.A.R.C. program, offers views over the entire park and to Chelsea Creek beyond.

The Boston Parks and Recreation Department has engaged an artist to paint a mural at the overlook wall that will reflect the local community. Last weekend the Warner Larson Team enjoyed volunteering time to plant daylilies at the overlook entrance and playground area, prior to the official opening ceremony on June 2nd.